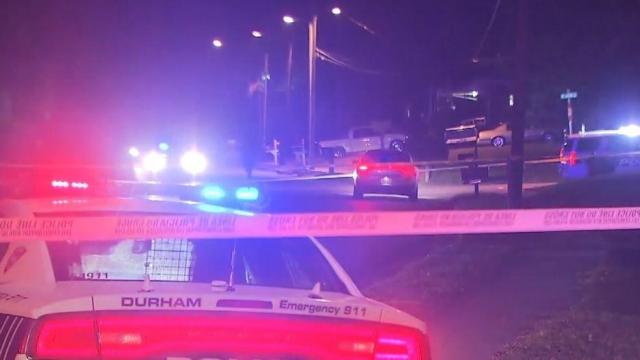 Durham police are investigating the shooting, which occurred in the 2200 block of Dallas Street shortly before 7:45 p.m.

The woman was shot in her back, and the man was shot multiple times. He was taken to a local hospital for treatment.

"Someone was trying to break into my house," a man told a 911 dispatcher. "I fired shots."

A woman can be heard screaming in the background of the recorded 911 call as the homeowner talks with the dispatcher.

He said he saw four or five people outside his house, and the others "scattered" after he opened fire.