Two students detained after fights break out at Garner school 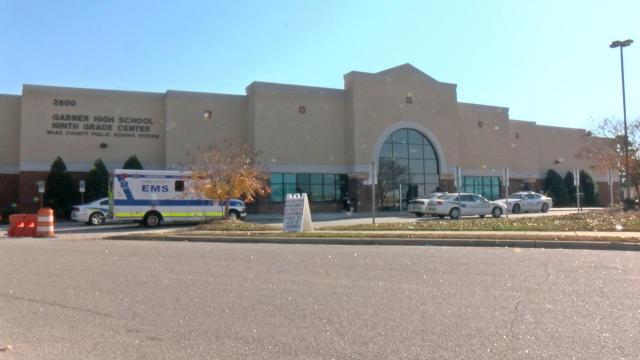 Garner police said students were evacuated from the building after a student pulled a fire alarm. Officers responded to assist after several fights broke out while students were in the parking lot.

Authorities said students were allowed to return to their classrooms but were not allowed in the school’s hallways until the scene was under control.

Authorities said two 16-year-olds, who were not identified because of their age, were detained in connection with the incident, but no charges had been filed Thursday afternoon.

Authorities said the evacuation and fights were unrelated to a peaceful protest happening on the campus minutes before the fire alarm was pulled.

"It has been determined that these three incidents were not related, however it did create a school-level disturbance," school officials said in a letter to parents. "We continue to investigate these incidents and will take appropriate disciplinary actions where necessary."