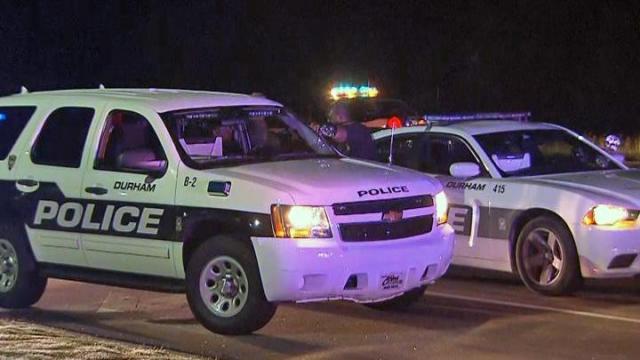 Durham, N.C. — Authorities from Orange, Durham and Wake counties were searching early Friday for two armed men wanted in connection with a home invasion that happened on Pleasant Green Road in Durham.

According to investigators, the men broke into the home, at 4820 Pleasant Green Road near U.S. Highway 70, at about 3 a.m. and demanded money from the residents.

After the home invasion, Orange County authorities stopped a car near the home. Two men inside held their hands out of the car's windows, but as deputies approached the gold-colored sedan it sped away.

The men then led authorities on a 20-mile chase that ended at a shopping center on Carrington Mills Road in Morrisville. The men fled their car on foot and ran into a wooded area near the shopping center.

No other information about the home invasion or chase has been released, although investigators said no one was injured during the break-in.

Anyone with information about the home invasion or the identity of the two men involved should call the Orange County Sheriff's Office at 919-644-3050.