Mae and Judith were born on May 14 to parents Pandora and Comet. The center said the twin sisters are already super-active youngsters. 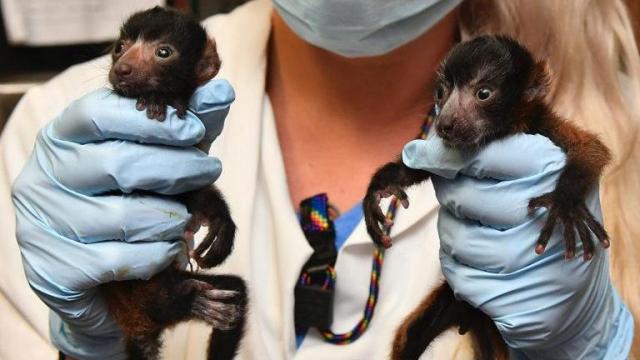 Mae and Judith are in keeping with that tradition. The twins are named after the first African-American female astronaut Mae Jemison and Challenger mission specialist Judith Resnik. 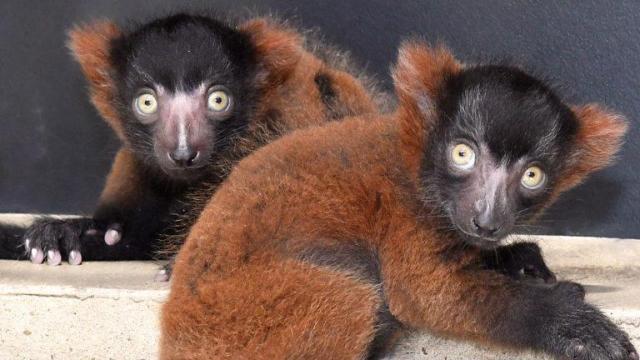 Last year’s ruffed lemur infant Buzz, was named after Buzz Aldrin who, with Neil Armstrong, was one of the first men to walk on the moon.

Red ruffed lemurs are only found in the primary forests of the Masoala Peninsula and the region north of the Bay of Antongil in northeastern Madagascar.

The lemurs are typically found to live in moist, tropical, low-lying forest with tall trees.