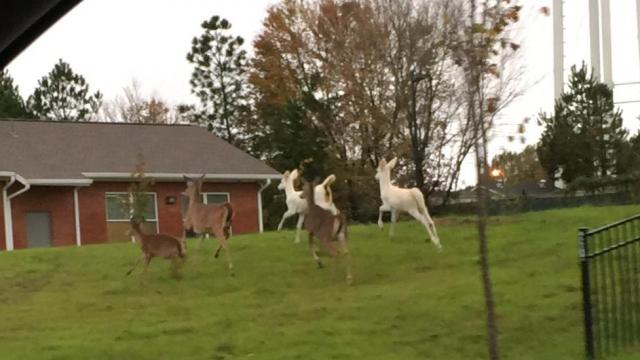 Albino deer lack pigmentation and have a completely white hide and pink eyes, nose and hooves, according to the North Carolina Wildlife Commission. 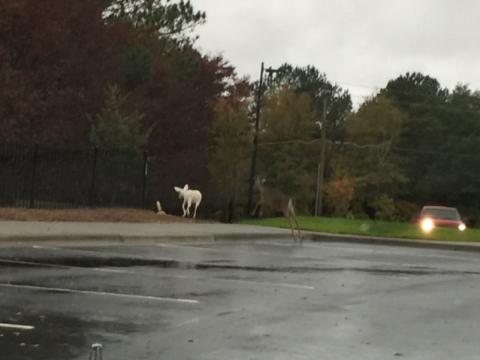 The two albino deer were running in a herd across from the Wake Forest Post Office, on the grounds of Northern Wake Senior Center on East Holding Avenue. 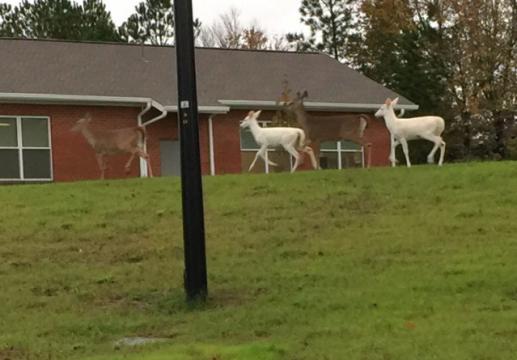 Only one in every 30,000 deer are albino, the NC Wildlife commission says. But WRAL Viewer David Laudadio had the rare chance of being able to see two albino deer at the same time. His wife, Suzanne, said it was a thrill.

There are also piebald deer, which have have blotches of white coloration on portions of their hide that are usually dark in color, the commission said. Traits of piebald deer are much more common -- about one in 1,000 deer have piebald traits.