Many of North Carolina's lakes have mysterious pieces of history beneath their surface.

Kerr Lake has an old train hidden in its depths. Lake Norman has an entire airplane at the bottom, which can be seen with sonar.

On Sunday morning, a fisherman using his sonar device in Lake Wheeler discovered a submerged vehicle near Lake Wheeler Dam.

The Apex Fire Department dive team was called in to investigate the sunken vehicle, and divers discovered two vehicles that "appeared to have been in the water for a long time." 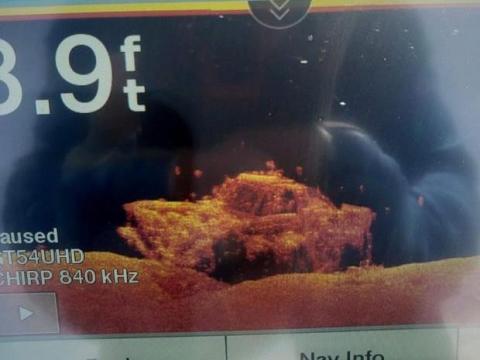 Divers were not able to find any identification or tags on or near the vehicles.

From the sonar image, the car almost looks like a muscle car and appears like it could have fins on the back.

Local fire historian Mike Legeros posted images of the water rescue and dive team arriving on-site. In his tweet, he said the car was found in 10 feet of water.

It is uncertain how the cars became submerged or how long they have been beneath the water. Until more information on the cars' history can be found, it's yet another hidden mystery submerged in a North Carolina lake.