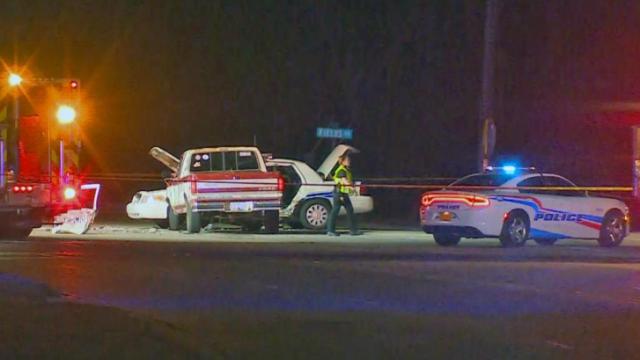 Fayetteville, N.C. — Two Fayetteville police officers and two other people were taken to Cape Fear Valley Medical Center Sunday night after a police cruiser was involved in a wreck on Cedar Creek Road.

The wreck happened at about 7:10 p.m. when the cruiser, which was involved in a training exercise, attempted to make a U-turn while traveling east on Cedar Creek Road at the Fields Road intersection, officials said.

A 1998 Ford F-150 traveling in the same direction attempted to slow down but was unable to stop and hit the driver's side of the cruiser.

The female driver of the pickup and a juvenile passenger were not seriously hurt but were taken to the hospital for treatment.