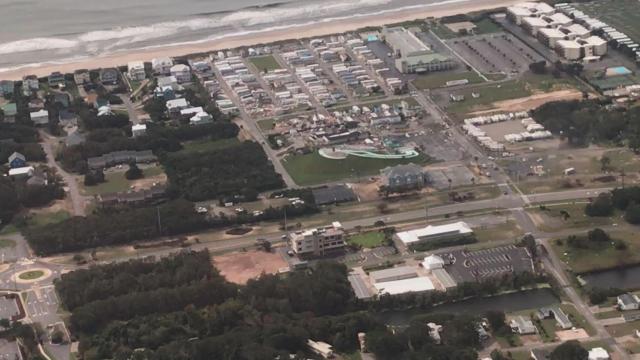 The victims are James Burton, 72, of Cornelius, and John Emerline, 73, of Raleigh.

Town Manager Matt Zapp says that a 911 call was made shortly after 4 p.m. for two swimmers in distress in the area of 9901 Coast Guard Road in the beach strand near Ship Wreck Lane.

Four surfers and a town lifeguard went into the water and pulled the two men to shore.

Emergency personnel were unable to revive the men.

According to Zapp, Burton appeared to be in trouble in the water, and Emerline entered and attempted to come to his aid.

“A loss of this magnitude is simply heartbreaking,” says Zapp. “Our thoughts and prayers are with the Burton and Emerline families during this tragic time."