The four-year scholarship bears the name of Ella Fitzgerald, known to many as the greatest jazz artist of all time.

"Are you kidding? Ella Fitzgerald was my favorite singer," she said. 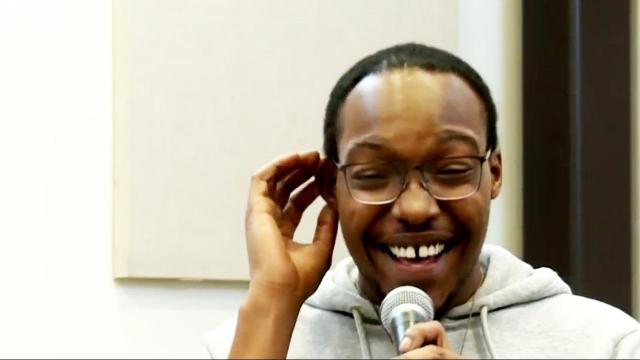 Seaforth, a trombonist, remembers seeing the NCCU band visit his high school in Maryland when he was in 10th grade.

"That definitely put that school on top of my list of schools to go to," he said.

Now, Seaforth plays in the NCCU band as a freshman.

"We were able to attract him here and, as a freshman, he's still one of our best trombonists," said Ira Wiggins, Director of Jazz Studies at NCCU.

Sophomore Jawan Davidson's instrument is his voice, but he didn't expect it to earn him a scholarship.

"He really has a nice voice and a natural inclination toward jazz," Hammonds said.

"It's a very special connection to have to a legend like Ella Fitzgerald," Davidson said.

Fitzgerald started her charitable foundation with her own money, which she earned from touring.

"That's a great example for musicians," Hammonds said. "That the work you do can pave a way for a lot of other upcoming emerging artists."

Both Seaworth and Davidson aspire to have professional music careers that include teaching so they can inspire others like Ella Fitzgerald.

According to instructors, NCCU was the first school in the state to offer a Bachelor of Music degree in Jazz Studies. It also offers a Master of Music in both Jazz Composition and Jazz Performance.