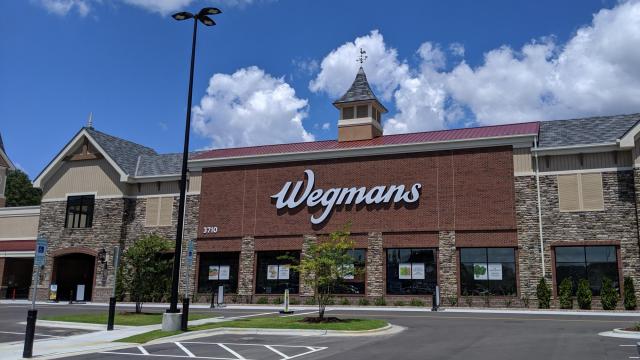 Wegmans has announced the opening time frame for their two newest locations coming to the Triangle in 2021.

The company also shared that they are now hiring for both stores.

A statement on their website indicates. "With roughly 900 employees already working in the state, there are many opportunities for existing employees to transfer and advance their careers, as well as for others to get their start with Wegmans. Over the next eight months, we will be hiring roughly 400 employees for each new store. Full-time hiring for Chapel Hill is underway, and part-time hiring will begin in October. Hiring for Wake Forest will begin on September 14th. While we are still too far out to announce opening dates, we begin hiring early in order to start training employees at the Raleigh and West Cary stores."

You can see available job opportunities on the Wegmans website.

The company originally shared their plans for the Chapel Hill location back in October 2016 and the Wake Forest store in October 2018.

The West Cary Wegmans location opened on Wednesday, July 29 at 3710 Davis Drive, Morrisville, NC 27506. See a tour of the store and details regarding departments and amenities HERE.

In addition to the new stores in Chapel Hill and Wake Forest, Wegmans has announced the following future locations:

* Cary at Cary Towne Boulevard and Interstate 40 in Wake County