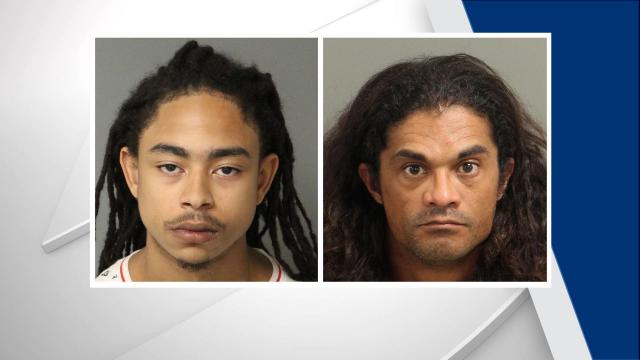 David William Parker, 39, of Pennsylvania, was arrested Sunday at the fairgrounds on Blue Ridge Road and charged with simple possession and second-degree trespassing.

D'mani Lee Jeter, 19, of Bainbridge Circle in Garner, was arrested Monday in downtown Raleigh and charged with felony possession of cocaine, possession of drug paraphernalia and possession of marijuana.

Possession of a firearm, drugs among 2018 State Fair arrests

According to a warrant, Jeter had in his possession cocaine, two marijuana pipes and three digital scales. Jeter was jailed on a $6,000 bond.

Parker trespassed on the fairgrounds after being notified by officers not to, according to a warrant. Both men work at the fair, according to records, but what they do there was not provided.

On Thursday, the opening day of the fair, three fair workers were arrested on drug-related charges, according to the Wake County Sheriff's Office.

The sheriff's office, which is the lead agency for security and law enforcement at the fair, made arrests for possession of a firearm, drug activity with intent to distribute, possession of cocaine and an outstanding fugitive warrant.

There was also an arrest of a sex offender who attended the fair.