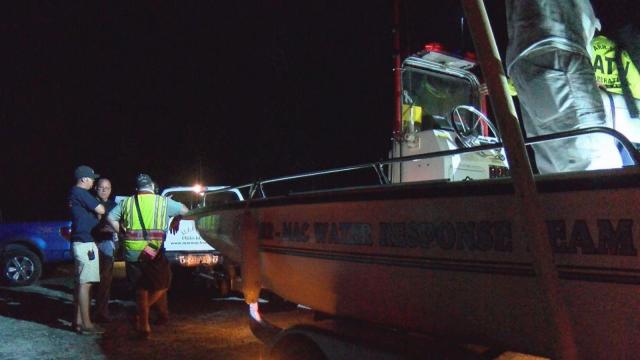 Goldsboro, N.C. — A pair of boaters was rescued from the Neuse River on Monday night after spending more than seven hours in the water.

The two men, who declined to be identified, said they were trying to test a new motor on their boat, which launched from Cox's Ferry boating access area around 3 p.m. When the vessel got in the water, the motor quit working and the boat drifted under tree limbs, causing it to overturn and sink in the swift current.

Family members contacted authorities around 9:45 p.m. when the men did not return home after dark, officials said. More than two dozen volunteers from two fire departments used boats to search for the men.

The men were found less than a mile upstream from where the boat launched. Other than being hungry and sunburned, the men said they were not hurt.