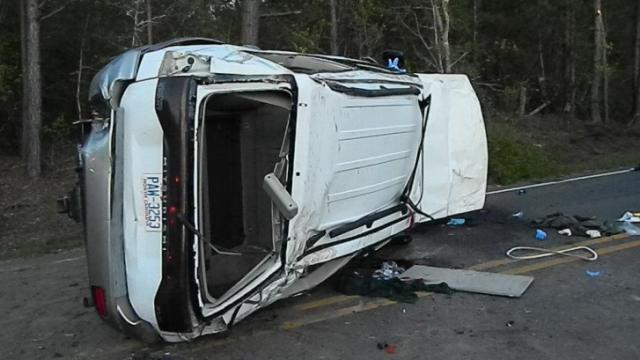 Pinebluff, N.C. — Two people involved in a single-vehicle accident were trapped inside their vehicle after it overturned near Pinebluff around 6:30 p.m. on Saturday around the area of Addor Road, according to the Aberdeen Times.

The driver of a Mitsubishi Montero Sport lost control after maneuvering a curve, which then became airborne and struck several trees before coming to a stop on its side in the middle of Addor Road.

Two adult males, Sylvester Locklear, 56, of Aberdeen, and Terry Locklear, 38, of Aberdeen, were pinned in the overturned vehicle until firefighters reached the scene and freed them from the SUV.

Both men were transported to FIrstHealth Moore Regional Hospital after the accident.

Sylvester Locklear was later transported to UNC Hospital in Chapel Hill in critical condition. Police charged Locklear with driving while impaired, reckless driving and driving on a suspended license.

Authorities said the cause of the accident is under investigation. No additional information has been released.