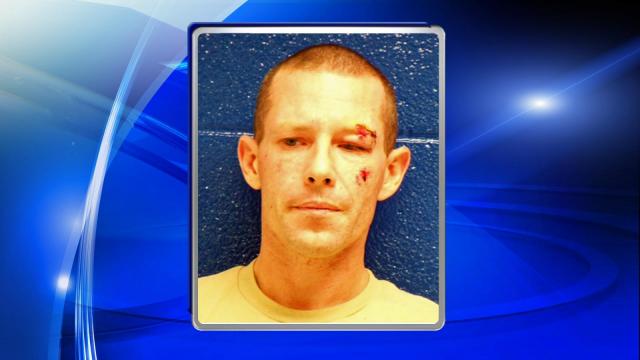 The Nash County Sheriff’s Office said that, at about 7:15 p.m., Daniel Aaron Edwards, 35, of Strawbrush Road, hit a vehicle driven by 69-year-old Norman Lee Webb and followed him north into Nashville on N.C. Highway 58.

Authorities said that, as the vehicles came to a stop, Edwards jumped from his car, ran to Webb’s vehicle, pulled the door open and struck Webb in the face.

A Nash County sheriff’s deputy had to forcibly take Edwards into custody due to his “non-adherence to verbal commands and continued assault,” according to a press release.

Edwards was treated for injuries sustained during the struggle with police and charged with simple assault and resisting a public officer.

Edwards said Thursday that he and his wife were driving from Kenly to Rocky Mount after dropping their children off with relatives when he saw a “white blur” as a pickup truck struck his vehicle three times.

According to Edwards, he followed the pickup because he was concerned that the driver was “trying to kill himself or someone else.” He also said that the pickup left the road several times, going into a ditch, and sped off the exit into oncoming traffic.

Edwards said he got out of his vehicle at an intersection to point the pickup out to Nash County deputies. He admitted he was wrong in hitting Webb, the driver, and was reacting out of fear and anger.

“I’m not sure why. I think it was because he had just endangered my wife,” he said.

The North Carolina State Highway Patrol is investigating the incident that occurred on I-95.

Lt. Jeff Gordon said it was unclear who the first driver to hit the other was, and as a result, both men were charged with careless and reckless driving.

Webb was also charged with failing to stop for an accident, said Gordon