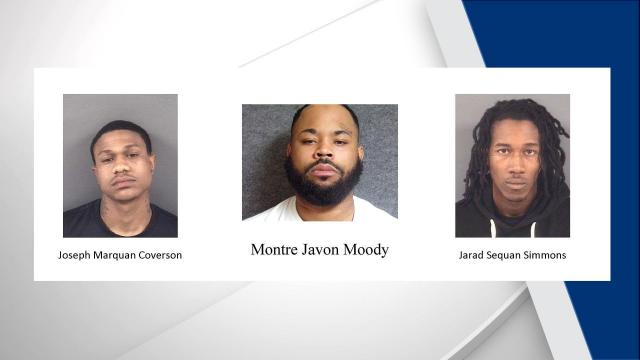 On June 24, police responded to the area of 1100 North Bragg Blvd. just after 2:30 p.m. They found Herbert Goodson, 20, of Columbia, S.C., dead when they arrived. They also found Deshawn Jones, 20, of Fort Bragg, with a gunshot wound to his leg. Jones' wound was considered non-life threatening.

Montre Javon Moody, 26, of Fayetteville, was arrested two days later and charged with first-degree murder, conspiracy, accessory after the fact, armed robbery with a dangerous weapon and assault with a deadly weapon with intent to kill inflicting serious injury. He was transported to the Cumberland County Detention Center, where he was being held without bond.

On June 27, Coverson was taken into custody when he was released from Cape Fear Valley Medical Center after being treated for gunshot wounds he received during the crime. Coverson was being held without bond.