Two kindergartners found after getting on wrong bus in Raleigh 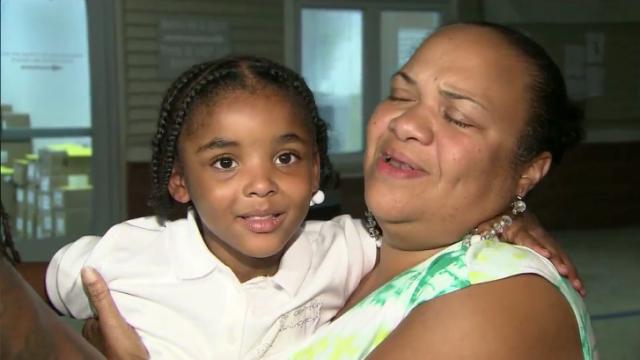 Raleigh, N.C. — Two kindergartners who hopped on the wrong bus after school Tuesday afternoon were found at a daycare center in Raleigh several hours later.

It was Ava Washington and Zyion Eatmon's first day of school at PreEminent Charter School on Rock Quarry Road in Raleigh. After students were dismissed around 3:15 p.m., it began to storm and school officials called for the children to come back inside.

That's when they realized that Ava and Zyion, both 5, were missing.

Raleigh police said the bus took the children to Kids Playworld at 2431 Spring Forest Road, where officials noticed two remaining students after the rest of the children had been picked up by their parents. Authorities found the children there around 8 p.m.

Both Ava and Zyion are OK and were reunited with their parents Tuesday night.

Editor's Note: Based on information from Raleigh police, WRAL News originally incorrectly reported that the girls were taken to another child care facility.