Authorities said a Mazda and a white Honda collided on Buffalo Road at about 8:40 p.m. A man and woman in the Mazda were pronounced dead at the scene.

The North Carolina State Highway Patrol on Saturday identified the victims as: Isaac Carpenter, 55, and Ashley Koziak, 26, both of Wendell. 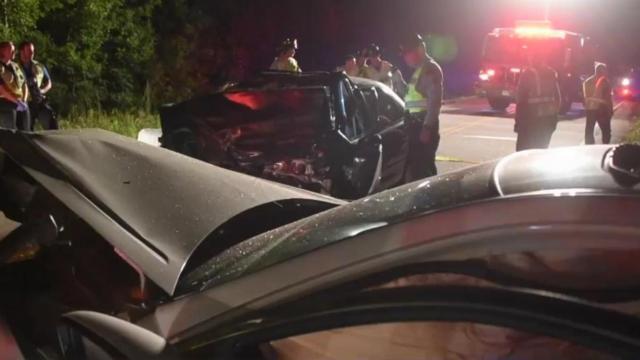 Authorities said the two victims were not wearing seatbelts when the accident occurred.

The driver of the Honda was taken to WakeMed for treatment, but that person's condition and identity were not immediately disclosed.

Highway Patrol troopers are investigating the crash and said alcohol is believed to be a factor.

Investigators have not said if anyone will be charged in connection with the incident.