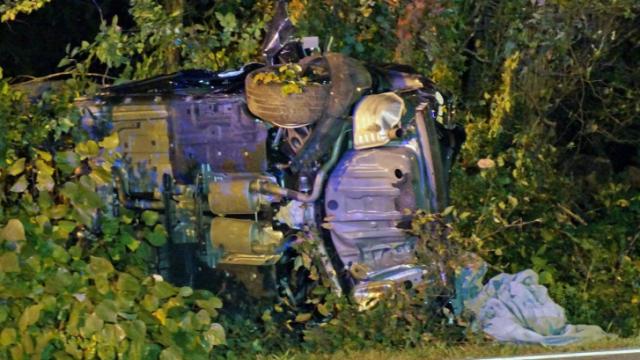 Investigators said 24-year-old Timothy Stevens lost control of a 2014 Dodge Charger that had been reported stolen while traveling east on Old Oxford Road between Danube Lane and Dearborn Drive.

The car ran off the right side of the road and hit two utility poles, a water meter and a fire hydrant before flipping and coming to rest in a wooded area.

Stevens, of Durham, was taken to Duke University Hospital with serious injuries. He was in critical condition Wednesday morning.

Destinee Linder, also of Durham, was taken to the hospital with non-life-threatening injuries, police said.

Alcohol and speed were factors in the crash, Durham police said. An investigation of the wreck is ongoing, and authorities said charges are pending.