Two injured, taken to hospital after accident on Ten-Ten Road 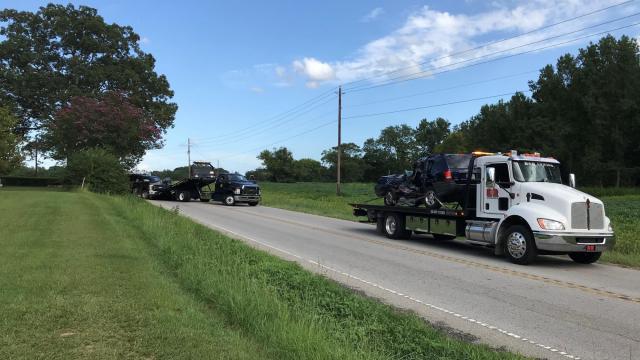 Raleigh, N.C. — The Highway Patrol was investigating after a head-on collision just south of Lake Wheeler in Wake County.

WRAL's Rosalia Fodera was at Ten-Ten Road, where troopers said a Jeep going east lost control, over-corrected and crashed into a state-owned SUV. Fodera said both drivers were taken to the hospital. The driver of the Jeep had more serious injuries but both were said to be non-life threatening.

Ten-Ten Road was shut down at Johnson Pond Road and Lake Wheeler Road for a little over an hour. It was open again to traffic shortly after 5:30 p.m.