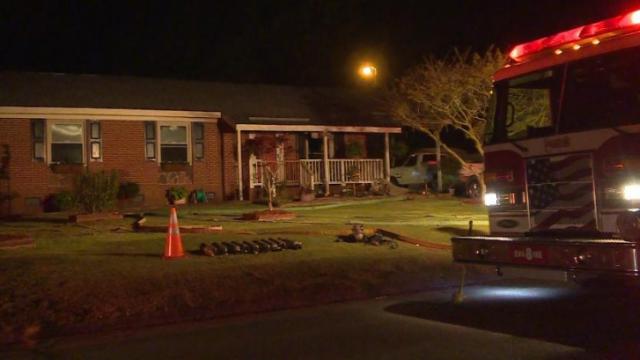 Around 3 a.m., the Fayetteville Fire Department received a call about a fire in a single-story home at 7311 Bertram Drive.

According to the fire department, firefighters saw heavy smoke and flames inside the front of the home when they arrived at the scene.

Two people, a man and a woman, were inside the home at the time of the fire and escaped from a bedroom window before firefighters arrived. Both were injured and taken to Cape Fear Valley Medical Center. The man was later transferred to the Jaycee’s Burn Center at UNC Hospitals and is listed in critical condition. The woman was treated for minor injuries and is expected to be released from Cape Fear Valley Medical Center.

A family pet was killed in the blaze, officials said.

An investigation revealed that the fire started in the living room of the home.

The cause of the fire is still unknown, but there were no operating smoke detectors within the home at the time of the fire, officials said.

The combined loss of the home and its contents is estimated to be $76,000.