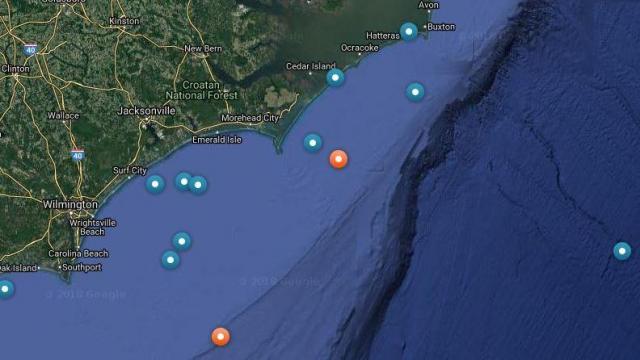 Wilmington, N.C. — Two great white sharks can be seen lurking near the North Carolina coast this week, according to OCEARCH's global shark tracker.

The latest great white to ping close to shore is a 12-foot-long male named Hilton, which weighs around 1,329 pounds.

The shark was tagged in March 2017 near Hilton Head, S.C. It can be seen swimming adjacent to Carolina Beach near Wilmington.

Another great white shark to ping close to shore is swimming even closer to the coastline of Cape Lookout National Seashore near Morehead City.

The 8-foot-long shark, an immature female named Savannah, is much smaller and weighs around 460 pounds.