Two from Fla. injured in crash on I-95 in Johnston County 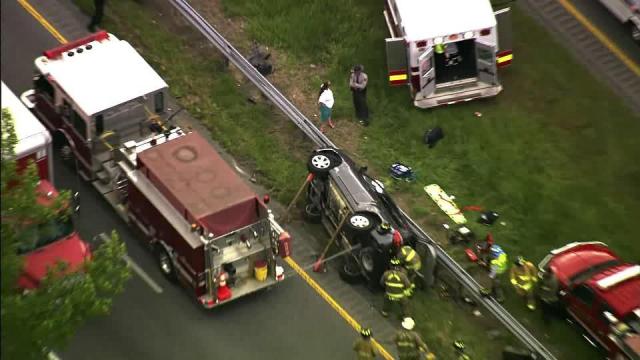 Four Oaks, N.C. — A man and woman from Orange Park, Florida were hospitalized Friday afternoon after their SUV crashed on Interstate 95 northbound in Johnston County.

According to the State Highway Patrol, Joan O'Neil Michel, who was driving, lost control, hit the guardrail and flipped the vehicle after falling asleep at the wheel. Michel, 69, was charged with failure to maintain lane control.

The interstate was closed in both directions for less than 45 minutes while an emergency helicopter landed to transport Michel to the hospital.