According to the indictments, Charles Anthony Pittman, 32, and Andrew Salvarani Garcia-Smith, 32, took part in the burning of the Market House after the peaceful protests following the death of George Floyd turned violent.

Prior to any protests, Pittman posted a video on social media discussing his plans to bring the Market House down. 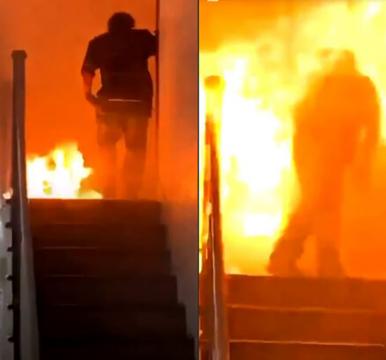 After recovering from burns, Fayetteville man charged in connection with Market House fire

Robert J. Higdon, Jr., U.S. Attorney for the Eastern District of North Carolina made the announcement. The Bureau of Alcohol, Tobacco, Firearms, and Explosives and the Fayetteville Police Department are investigating the case and Assistant U.S. Attorneys Chad Rhoades and J.D. Koesters are prosecuting the case.