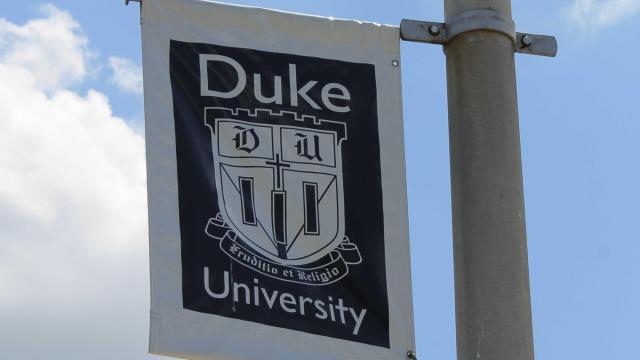 Durham, N.C. — Two Duke University students are among the 32 Rhodes scholarship recipients to study at Oxford University in England.

Laura Roberts, of Dallas, has researched the religious roles of women during the 16th-century English Reformation, when the Church of England broke from the Catholic Church. Jay Ruckelshaus, of Indianapolis, plans to pursue a master's of philosophy degree in political theory.

Roberts is majoring in history with a double minor in religion and political science and serves as vice president and director of campus affairs for the university international relations association.

She studied the Reformation as a college freshman and quickly became interested in England. Her writing on the nuns of one British abbey was published by the Cornell Historical Society this year.

She said she found surprising examples of nuns shaping British culture and serving in leadership roles during a time of cultural upheaval.

"There were really vibrant communities that afforded women these opportunities that they wouldn't have otherwise had in society, at least institutionally," Roberts said.

She plans to complete a master's degree before going to law school and pursuing a career in international human rights law. She hopes to one day become ambassador to the United Nations.

"The field of human rights is so new, and so I think there's a lot to be learned from the lessons of the past," she said.

Ruckelshaus is majoring in political science and has a triple minor in philosophy, history and English.

Paralyzed in a diving accident the summer before entering Duke, he is the founder and president/CEO of Ramp Less Traveled, a nonprofit that supports students with spinal cord injuries who are pursuing higher education.

He has interned in the office of Indiana Gov. Mike Pence, researching policy focusing on mental health and the criminal justice system. He also has investigated the legal history of lunch counter sit-in movements during the civil rights era as a research fellow for the American Bar Foundation in Chicago. As a research assistant at Duke, he has studied ways of conceptualizing political party corruption around the world.