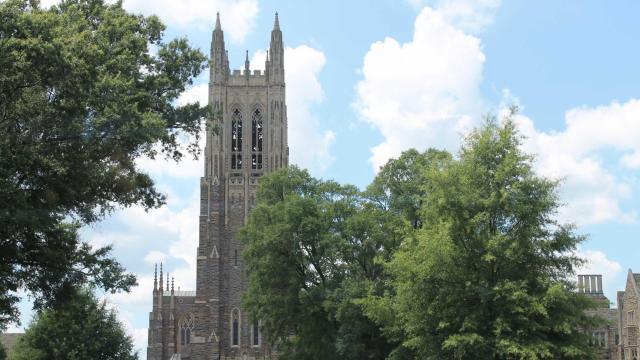 Durham, N.C. — A spokesperson for Duke University confirmed on Monday that two of the school's fraternities have been suspended following hazing allegations.

The university declined to discuss specifics.

The alleged hazing incidents are under investigation by the university, the three fraternities' national offices and Duke police, The Chronicle reported.

In a statement, Larry Moneta, vice president for student affairs, wrote, "Hazing is a violation of university policy and state law, and we take any allegations of potential harm to students very seriously."

Hazing is defined as "the imposition of strenuous, often humiliating, tasks as part of a program of rigorous physical training and initiation."

In August, the Alpha Phi sorority chapter at East Carolina University was suspended after a university investigation found members of the chapter hazing and violating both the health care policy and the university’s student code of conduct.

A deadly hazing incident at Penn State gained national attention in 2017 when 18 fraternity brothers were charged in the death of a pledge who authorities say repeatedly fell down a flight of stairs after he and others were made to run a gantlet of drinking stations guzzling alcohol.