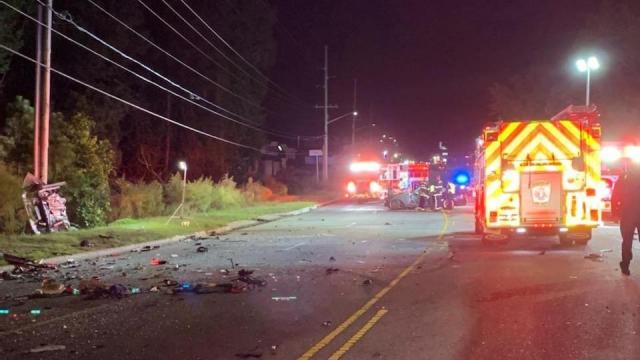 Fayetteville, N.C. — Police have identified the two people who were killed and a third person who was injured in a crash in Fayetteville on Sunday night.

The three-car crash happened along Pamalee Drive, just before 8 p.m.

Police said the three cars crashed, one car caught on fire and another hit a pole.

Two of the drivers, Ramik Watkins, 31, Hennessey Smith, 20, died at the scene, and Jeanne Murray, 26, was taken to a local hospital with non-life-threatening injuries.

The cause of the crash is under investigation.