Two Decades After 9/11, Militants Have Only Multiplied 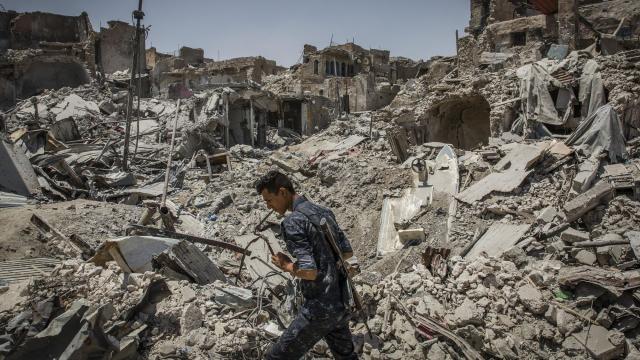 WASHINGTON — Nearly four times as many Sunni Islamic militants are operating around the world today as on Sept. 11, 2001, despite nearly two decades of U.S.-led campaigns to combat al-Qaida and the Islamic State, a new independent study concludes.

That amounts to as many as 230,000 Salafi jihadi fighters in nearly 70 countries, with the largest numbers in Syria, Afghanistan and Pakistan, according to the study by the Center for Strategic and International Studies, a Washington think tank.

The report’s conclusions, drawing on multiple databases dating to 1980 to compile one of the most extensive studies of its kind, underscore the resiliency of these terrorist groups, and the policy failures by the United States and its allies in responding. The findings also highlight the continuing potency of the groups’ ideology and social-media branding in raising money and attracting recruits as they pivot from battlefield defeats in strongholds like Iraq and Syria to direct guerrilla-style attacks there and in other hot spots.

“Some of these groups do want to target Americans overseas and at home, particularly the Islamic State and al-Qaida,” said Seth Jones, the director of the center’s transnational threats project and one of the report’s six authors. “All this indicates that terrorism is alive and well, and that Americans should be concerned.”

Indeed, the West has largely failed to address the root causes of terrorism that perpetuate seemingly endless waves of fighters who are increasingly turning to armed drones, artificial intelligence and encrypted communications to foil the allies’ conventional military superiority, the report said.

“Perhaps the most important component of Western policy should be helping regimes that are facing terrorism improve governance and deal more effectively with economic, sectarian and other grievances,” the 71-page study concluded.

For example, the report said, the slow pace of reconstruction in Iraqi cities like Ramadi, Fallujah and Mosul — once controlled by the Islamic State, also known as ISIS — has angered residents in those Sunni-majority areas and made them more susceptible to militant entreaties.

The report also warns that withdrawing U.S. forces from Africa and the Middle East — as the Pentagon has started to do — could serve as a boon to these terrorist groups as the Trump administration shifts its national security priorities to confront threats from Russia, China, North Korea and Iran.

The report further intensifies the growing scrutiny of the fight against the Islamic State and al-Qaida, as well as other Sunni groups that are not affiliated with either but sometimes form battlefield alliances or draw inspiration from their ideology and operations.

Earlier this week, the Soufan Center, a research organization in New York, called the results of the U.S.-led counterterrorism campaigns “mixed, at best.”

“The good news is that there has not been an attack anywhere near the scale of 9/11 in the U.S. since that day, a significant achievement,” the center said. “The bad news is that the ideology that leads someone to fly a plane into a building or drive a car into a crowded sidewalk seems to have metastasized.”

“Many of the conflicts that comprise America’s global counterterrorism campaign have a fiercely local component to them, meaning there is little that a Western country and its military can actually do to impact events on the ground for a sustained period of time,” the center added.

Gen. Joseph Dunford, the chairman of the Joint Chiefs of Staff, acknowledged at a security conference in Halifax, Nova Scotia, on Saturday that the fight against the Islamic State and other Salafi jihadi groups was far from over. Dunford said the United States must maintain sufficient forces and political will “to make sure that we’re putting pressure on and disrupting these terrorist networks.”

But at what cost? Last week, Brown University’s Watson Institute for International and Public Affairs released its annual report, the Costs of War study, in which it calculated that the United States will have spent $5.9 trillion on activities related to the global counterterrorism campaign by October 2019.

Assessing the number of Salafi jihadi fighters worldwide is challenging, the Center for Strategic and International Studies report noted. But the researchers used multiple sources, including the University of Maryland’s global terrorism database and Jane’s Terrorism and Insurgency Center, to determine a range of high and low estimates. Overall, the report said, the total number of fighters this year — 100,000 to 230,000 — is down about 5 percent from a peak in 2016, but still far beyond the ranks in 2001 — 37,000 to 66,000.

Of the various Salafi jihadi groups, the Islamic State remains the predominant threat, with about 40,000 members globally this year, up from 30,200 in 2014, when the group’s fighters seized the northern third of Iraq.

That figure is even higher than those of other recent studies. Data collected by the Pentagon and the United Nations this year indicated that the Islamic State has as many fighters now as it did in 2014 — the peak of the caliphate — with 20,000 to 31,500 members in Iraq and Syria alone, and thousands more spread across the numerous other countries where it has implanted itself. Senior officials at the Pentagon and in the White House, however, say the real number is far lower.

Despite these large numbers of fighters, an examination by The New York Times in September found that Islamic State attacks in the West have fallen sharply in 2018 compared with the previous four years, the first time the number has fallen since 2014. But the number of attempted attacks remained steady, suggesting that the group remains committed to carrying out devastating harm. Tens of thousands of Islamic State members — including senior leaders, veteran field commanders and foreign fighters — have been killed in U.S. airstrikes and partner actions. The extremist group now holds less than 1 percent of the territory it seized in Iraq and Syria in 2014, or about half the area of Manhattan.

But a U.S.-backed military offensive stalled this month against the Islamic State’s last vestige in eastern Syria. The Syrian Democratic Forces, the Kurdish-led militia that is fighting the Islamic State with U.S. help, suspended operations after Kurdish positions farther north were shelled by Turkey — not far from U.S. advisers. But the militia says it will resume its fight.

“Americans should understand that terrorism won’t end,” the report concluded, “even though the terrorism threat may ebb and flow.”