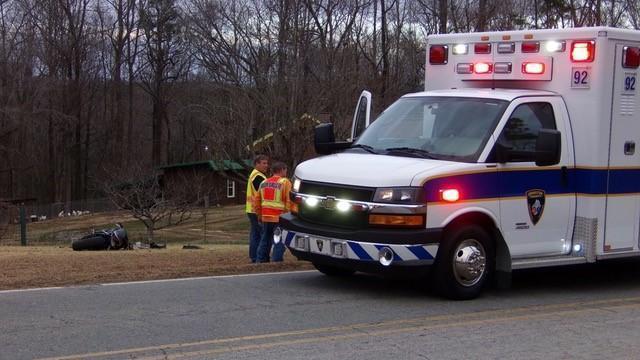 In the first wreck, a father and son were riding their motorcycles on United States Route 70 Business east of Clayton around 2:20 p.m.

The father lost control of his motorcycle, running into the median and striking a guardrail.

The man was ejected and died at the scene.

His son, who was riding a second motorcycle, witnessed the fatal accident.

Troopers said speed was a contributing factory, but alcohol was not involved.

Officials have not released the victim's name

The second fatal motorcycle wreck occurred around 4:30 p.m. in the 1200 block of Little Creek Church Road near Casey Road between Smithfield and Clayton.

A person ran off the road into a ditch and was ejected from the motorcycle.

The unidentified victim died at the scene, officials said.