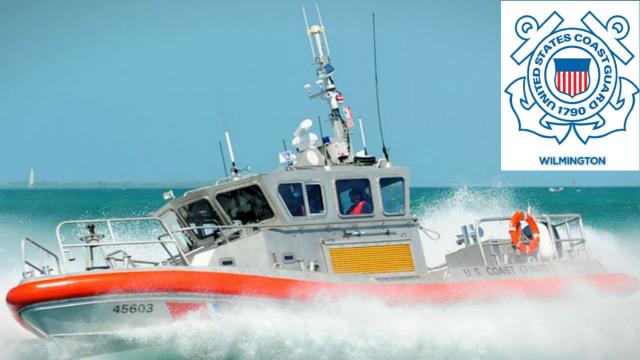 Wilmington, N.C. — Two Coast Guard members were at the right place at the right time to rescue a man from drowning Monday evening at Wrightsville Beach.

Coast Guard officials said in a press release Petty Officer 3rd Class Forrest Jones and Fireman Kyle Boeckmann, boat crew members at Station Wrightsville Beach, were standing on the station pier at 8:25 p.m. when they heard nearby shouts for help. They rushed into action, raced about 150 yards down the beach and found a group of people trying to rescue a man from the water.

Jones and Boeckmann were able to rescue the swimmer and carried him up the beach. He was unresponsive so CPR was administered. In about five minutes, the man regained a pulse and consciousness. Ocean Rescue Squad and Wrightsville Beach Police Department personnel arrived shortly thereafter to transfer the man to a nearby hospital.

“This situation could have gone very differently if we weren’t in the right place at the right time,” Boeckmann said in the press release. “Fortunately, we also have the first aid training we needed to help.”

“When we showed up, he didn’t have a heartbeat and wasn’t breathing,” Jones said in the press release. “By the time we left, he was standing upright. It makes me feel good knowing we were able to help him.”