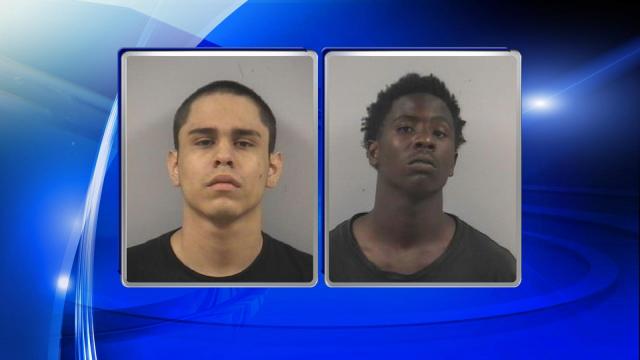 The two victims flagged down police around 9 p.m. on Thursday at the intersection of Lombard and Barber Mill roads and asked for help getting to a hospital.

Officials said one of the victims was shot in the buttocks, and the other had been assaulted; their injuries were considered non-life threatening.

The two teens told authorities they were on North Mial Street when a group of people robbed them of a cell phone and marijuana.

Authorities said Brandon Miquel Diaz, 17, of 3330-A Jack Road, and Darryl Yamez Etheridge, 17, of 201 Meadow Lane in Clayton, both turned themselves Friday in after they were identified during the initial stages of the investigation.

No additional information has been released.