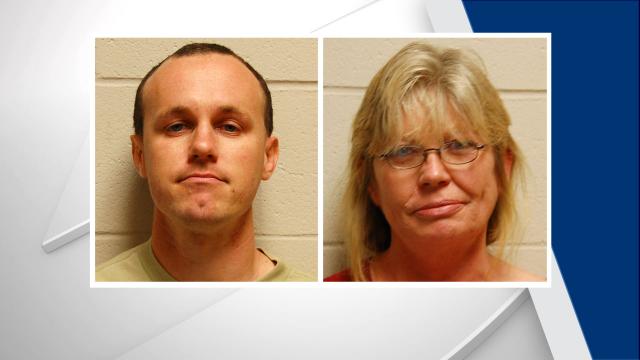 UNC-Chapel Hill police found racial slurs on the Unsung Founders Memorial, which honors slaves who built the campus, and an installation outside the Hanes Art Center early on March 31.

The names of activists Lindsay Ayling and Maya Little, best known for spreading her own blood and paint onto the "Silent Sam" Confederate monument a year ago, were included in the racist graffiti found last week, officials said.

Campus police identified at least one of the pair as being affiliated with the Heirs to the Confederacy group.

Members of Heirs to the Confederacy, including at least one with a gun, marched on the UNC-Chapel Hill campus three weeks ago. That prompted Interim Chancellor Kevin Guskiewicz to reiterate that weapons aren't permitted on campus, and anyone found with a weapon in the future will be arrested and issued a trespass warning.

After Silent Sam toppling, what's next for the future of Confederate monuments?

Hours after the vandalism was discovered a passing driver noticed the Confederate flag flying at the UNC General Administration office on Raleigh Road and notified campus police, UNC spokesman Jason Tyson said in an email.

"The UNC System would never hoist the Confederate flag," Tyson said, noting that the U.S. and North Carolina flags are usually joined by a banner for the university system.

A police officer pulled down the Confederate flag and disposed of it, he said.

A photo of what appeared to be the UNC flag appeared on Twitter that same day, he said, noting that the photo was taken at a protest in Hillsborough, where Linda Sarsour, an activist for women's and Palestinian-American rights was speaking.

The UNC flag, valued at about $600, is still missing, Tyson said.