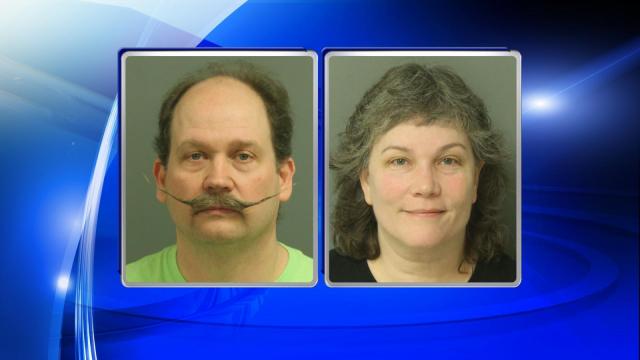 Zebulon, N.C. — Two people were arrested in Zebulon on Wednesday on charges they intimidated and stalked a witness in a criminal case, authorities said.

Michael and Annemarie Mazur were previously convicted in 2012 of ethnic intimidation and intimidating a witness. The case remains under investigation after the couple appealed the charges, according to Zebulon Police Chief Tim Hayworth.

Both defendants were being held at the Wake County Detention Center under a $30,000 secured bond.

Authorities said the investigation is ongoing. No additional information has been released.