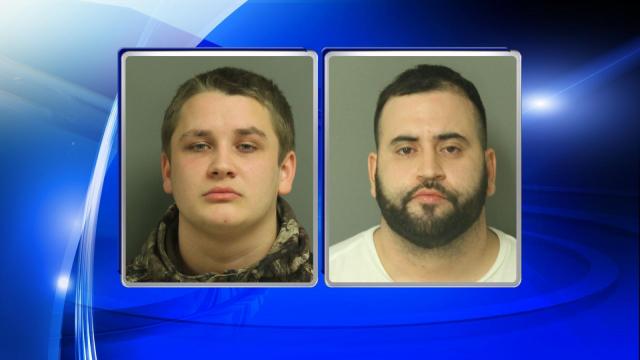 Officers responding to the report of a home invasion at 1023 Gilby Road arrested James Spence Wise, 19, of Raleigh, and Pedro Fuster, 30, of Raleigh

Wise and Fuster faces eight charges each of second-degree kidnapping and two counts of breaking and entering with the intent to terrorize. Fuster was also charged with assault on a female.

Police later connected both men to an earlier, similar incident at 1003 Seagram Street.