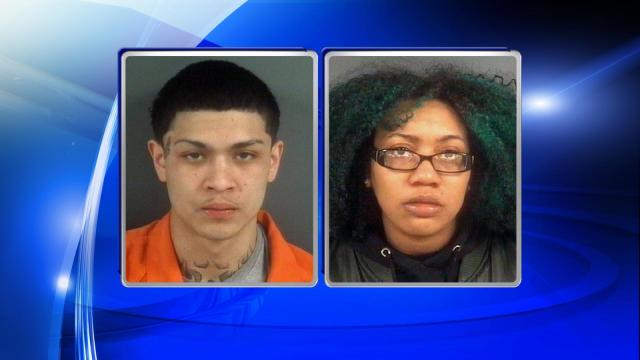 Fayetteville, N.C. — Two people were arrested after police said they robbed a Fayetteville convenience store during the early hours of Monday morning.

Fayetteville police said officers responded to a Kangaroo convenience store at 1764 Ireland Drive at about 4:45 a.m. in reference to a reported armed robbery.

Authorities said that a man entered the store and pointed a pistol at an employee while demanding money. The man was given an undisclosed amount of cash before leaving the store and fleeing in an awaiting vehicle.

The store employee provided a description of the vehicle to police, who observed a car matching the description traveling on Ireland Drive.

A vehicle stop was conducted and the driver of the vehicle was identified as the man who robbed the store.

He was being held at the Cumberland County Detention Center under $100,000 secured bond.

She was being held at the Cumberland County Detention Center under $50,000 secured bond.