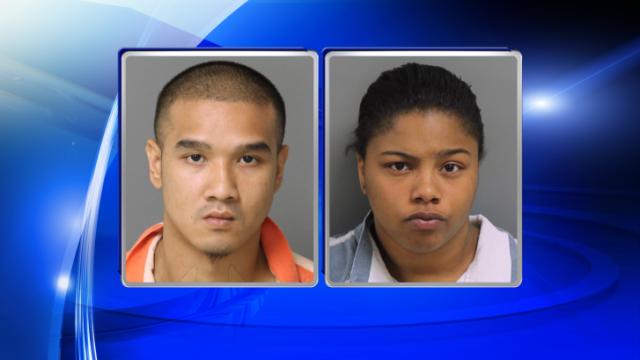 Raleigh, N.C. — Police arrested two people Wednesday afternoon in connection with the early-morning shooting death of a man outside a Raleigh sports bar.

Ydhiam Buonkrong, 25, and Teleah Janae Richmond, 21, each face one count of murder in the death of Luis Alexander Rodriguez, who died at WakeMed following the shooting at Mambo 69 Sports Bar, at 2221 New Hope Church Road.

Buonkrong also faces a charge of possession of a firearm by a convicted felon.

Police didn't provide a motive for the 40-year-old Rodriguez's death, saying the investigation is ongoing.

A 911 caller reported the shooting at 1:52 a.m., and said Rodriguez had been shot multiple times in what he thought to be the stomach. Rodriguez was breathing but was not alert during the call.

The shooter, the caller said, ran toward the back of the building.

Both Buonkrong and Richmond were being held without bond in the Wake County Detention Center Wednesday evening. An arrest warrant alleged Buonkrong pulled the trigger.

According to the North Carolina Department of Public Safety, Buonkrong was convicted in Wake County in 2007 of felony drug possession charges.

Police have yet to make an arrest in that case.