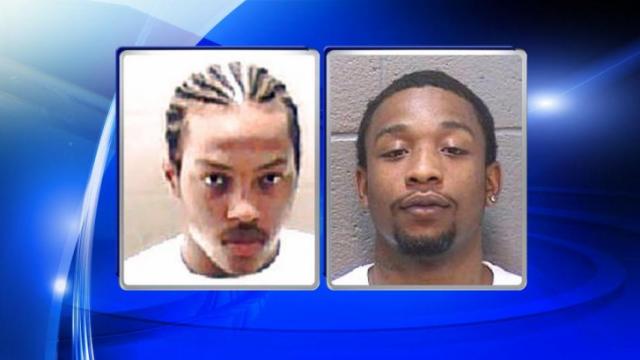 According to police, officers responded to a robbery call in the 1200 block of Leon Street at about 10 p.m. A male victim said he was in the parking lot of an apartment complex when he was robbed by two men with a gun. He said the men were driving a red car.

A few minutes later, officers were called to a robbery at an apartment complex at 311 South LaSalle Street. A male victim also told officers we was robbed by two men in a red car.

An officer nearby spotted a burgundy car turn onto Morreene Road at a high speed and stopped the vehicle.

Officers found a loaded gun, cell phones and a wallet belonging to one of the victims in the car.

Both men were placed in the Durham County Jail under $1 million bonds.