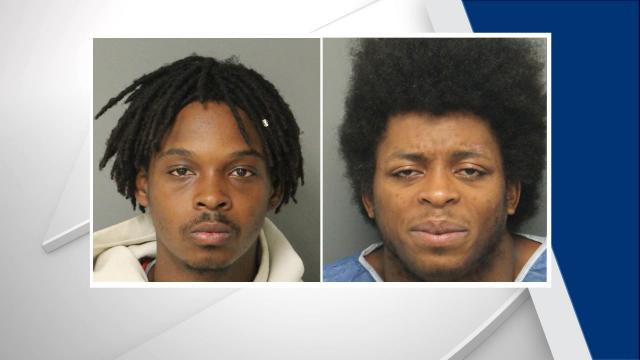 Raleigh, N.C. — Two people were arrested on Thursday night after a report of a vehicle theft led to a chase and a crash of the vehicle.

Raleigh police received a call around 10 p.m. of a vehicle theft in the Wake County jurisdiction. At around 10:30 p.m., a Raleigh Police officer saw the vehicle that was reported stolen within the Raleigh city limits.

Officers reported that at Six Forks Road near Interstate 440, the driver that they believed to have stolen the vehicle sped away in an attempt to elude the pursuing officer. Wake County deputies joined in the chase before the driver of the stolen vehicle crashed into another vehicle on Rock Quarry Road at I-440 West. 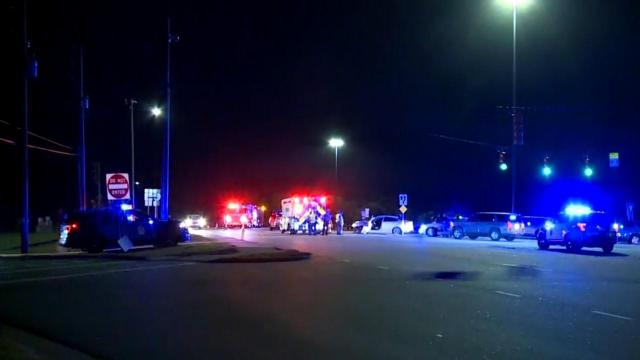 The driver jumped and ran a short distance before being captured, according to police. The driver, who had minor injuries, was transported to WakeMed. The driver and and passenger were arrested with charges pending on Thursday night.

Malik Maxwell and Jaylin Ray-Tucker were charged with robbery with a dangerous weapon, discharge firearm and larceny of a motor vehicle.

Ray-Tucker was also charged with felony fleeing to elude arrest and possessing a weapon of mass destruction and assault by pointing a gun. Ray-Tucker is pictured in his mugshot in a hospital gown.

Officials did not provide any additional information early Friday on bond or if both suspects were still in custody.