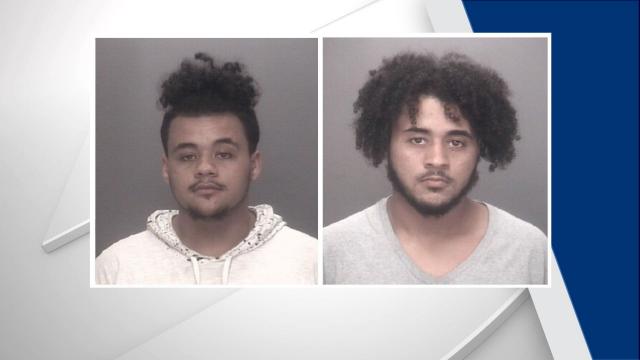 Shannon, N.C. — Two men have been arrested and are facing charges in a robbery that happened Tuesday night.

The brothers were placed in the custody of Robeson County Detention Center with a $30,000 secured bond each.

The arrests stem from an incident around 11:12 p.m. on Oct. 29 where deputies responded to the 100 block of Galaxy Lane in Shannon. Deputies said the shooting was in reference to a disturbance and shots fired into an occupied residence. The shooting was the result of alleged larceny of money.