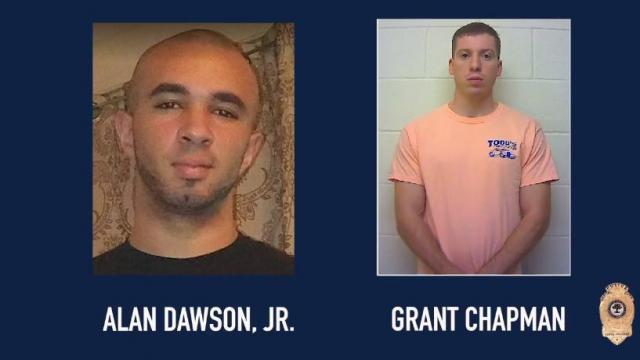 Raleigh, N.C. — Raleigh police said two men have been arrested and are facing charges in an assault that happened on Oct. 12 after the Luke Bryan concert at the Coastal Credit Union Music Park in Raleigh.

Allen Dawson Jr., and Grant Chapman are facing felony charges of assault with serious bodily injury. They are scheduled to be in court later this month.

The attack, which occurred in Parking Lot B as traffic was leaving the venue, left Christopher Daniels, of Spring Lake, seriously injured. He was taken to WakeMed and treated for his injuries.