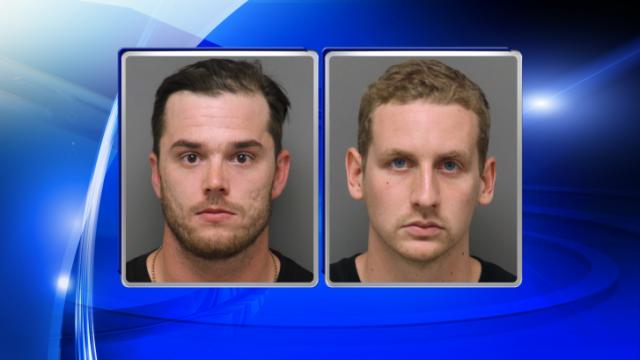 Ryan Barnard Timms, 22, and Jordan McClain Adams, 27, were arrested in May on charges of defacing public property.

The two accepted deferred prosecution in their respective cases on Monday, and if they abide by the terms of their agreements, their cases will be dismissed after six months.

The charges stem from skateboard damage to the $500,000 Raleigh Police Memorial, which wraps around the corner and in front of the Raleigh Municipal Building at 222 W. Hargett St.

The 21-stone granite structure, which memorializes the lives of eight police officers who died in the line of duty between 1922 and 2002, was unveiled in April by the city and the Raleigh Police Memorial Foundation.

A "No Skateboarding" sign is posted next to the memorial.