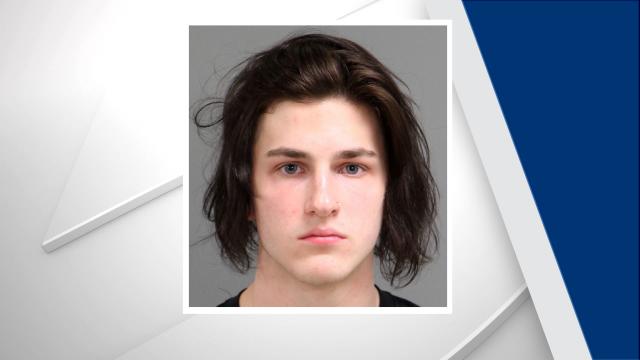 Knightdale, N.C. — EDITOR'S NOTE: Charges against Trevor Poole were dismissed in June 2018 and were expunged from his record in August 2018.

A Knightdale High School student was arrested Wednesday after tweeting a rant against the school and posting a photo of himself pointing a gun.

Trevor Grady Poole, 17, was charged with disorderly conduct toward a school and possession of a handgun by a minor. His bond was set at $3,000.

According to an arrest warrant, Poole posted a profanity-laced tirade on his Twitter account late Tuesday that stated, in part, "Don't let the system fool you into being normal."

After that tweet, Poole tweeted a photo of himself pointing a handgun at the camera, and the word "Hey" was superimposed on the barrel of the gun, the warrant states.

The posts were retweeted a few times before some parents saw it and notified Knightdale police, authorities said.

Schools have become extra vigilant against threats of gun violence in the wake of a Feb. 14 shooting at a Florida high school that left 17 people dead. A couple of students have been charged with threatening to shoot up their schools, and even rumors of gun violence has prompted added security at some schools.