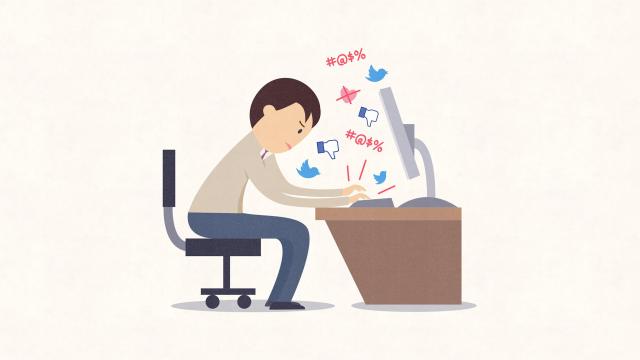 Under a law that took full effect in Germany on Monday, Twitter, Facebook and other social media companies can be fined as much as €50 million ($60 million) if they fail to remove hate speech and fake news posts quickly.

Companies now have 24 hours to remove posts that breach German law after they are flagged by users. The law came into force in October, but the government gave companies three months to adjust to the new rules.

In a tweet posted on New Year's Eve, Beatrix von Storch accused police of appeasing "barbaric, gang-raping Muslim hordes of men" after they tweeted a New Year message in Arabic, as well as German, English and French.

Twitter temporarily suspended von Storch's account following the post, saying it breached its rules on hate speech. Other members of her Alternative for Germany (AfD) party who tweeted similar messages in support also had their tweets deleted.

The AfD placed third in the country's parliamentary election in September. The anti-immigration, anti-Muslim group is the first far-right party to enter the German parliament since 1961.

Von Storch said on Monday that Facebook had also "censored" her. She posted on Twitter a screen grab of a message she received from Facebook informing her that a post similar to her disputed tweet had been withheld in Germany because it was unlawful.

Police in Cologne have accused von Storch of inciting hatred. A spokeswoman for the police said Tuesday that a report on her posts has been passed to prosecutors, who are investigating. No charges have yet been filed.

Von Storch, who is deputy chairwoman of the AfD's parliamentary group, claimed the "censorship" meant the end of the rule of law in Germany because Facebook had judged her before the legal process had run its course.

-- Nadine Schmidt and Judith Vonberg contributed to this report.