Presidents play with fire when they brag about the stock market 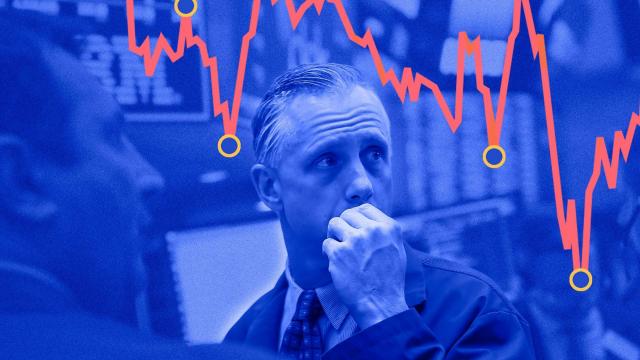 The Dow spiked 8,200 points between Trump's election and late January 2018. It barreled through one milestone after another as investors embraced the Trump agenda of tax cuts and deregulation. Growth accelerated and corporate profits spiked.

Trump held up the market as an objective barometer of his presidency. He claimed each market record as a validation of his policies.

But linking the success of the White House to the stock market was always a risky strategy. The market is not the economy. And markets are notoriously fickle.

"Every president besides President Trump has always distanced themselves from market moves because what goes up can also go down," said Ed Mills, Washington policy analyst at Raymond James.

Trump didn't just take credit for the market surge in dozens of tweets. He cheered it on and predicted it would continue.

"Stock Market is poised for another year of SUCCESS!" Trump tweeted December 26, 2017 -- a message that hasn't aged particularly well.

The market boom has turned to a bust. Worries about slowing economic growth, higher interest rates and trade policy have consumed Wall Street. The Dow has plunged nearly 4,000 points from the October 3 record. All three major indexes are on pace for their worst year since 2008.

And Trump's own words and policies have at times fanned the flames. Optimism about tax cuts has faded into fear of tariffs.

On December 4, Trump undermined hopes of trade peace between the United States and China by declaring: "I am a Tariff Man." The Dow plummeted 799 points that day.

And the Dow lost another 559 points on December 7 after top White House officials seemed to contradict each other about trade talks with China.

The stock market is still up significantly during the Trump era. The Dow has climbed about 4,600 points, or 25%, since the 2016 election. But the recent mayhem on Wall Street serves as a reminder why president's don't hitch their ride to the market.