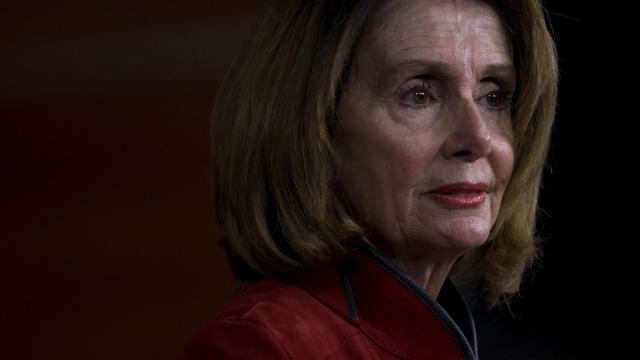 WASHINGTON — The House of Representatives voted Thursday to extend the National Security Agency’s warrantless surveillance program for six years with minimal changes, rejecting a push by a bipartisan group of lawmakers to impose significant new privacy limits when it sweeps up Americans’ emails and other personal communications.

The vote, 256-164, centered on an expiring law that permits the government, without a warrant, to collect communications of foreigners abroad from U.S. companies such as Google and AT&T — even when those targets are talking to Americans. Congress had enacted the law in 2008 to legalize a form of a once-secret warrantless surveillance program created after the Sept. 11 terrorist attacks.

Hours before the vote, President Donald Trump set off a last-minute round of turmoil as Republicans scrambled to secure enough support to extend the law without new privacy constraints. In a Twitter post Thursday morning, shortly after “Fox & Friends” aired a segment discussing the issue, Trump expressed skepticism about government surveillance — even though a White House statement issued Wednesday night urged Congress to block significant new constraints on the NSA program.

The legislation must still pass the Senate. But fewer senators appear to favor major change to spying laws, so the vote Thursday in the House was the pivotal test. Effectively, the vote was almost certainly the end of a debate over 21st-century surveillance and privacy rights that broke out in 2013 after the leaks by the former NSA contractor Edward J. Snowden.

The Senate began considering the newly approved House bill Thursday afternoon; Sens. Rand Paul, R-Ky., and Ron Wyden, D-Ore., are expected to oppose the measure in the coming days. But Sen. Mitch McConnell, R-Ky., the majority leader, moved to essentially ensure that no amendments to the House legislation would be considered, and it appeared to be on a path to final approval when senators return to Washington next week. Snowden’s disclosures in 2013 ushered in a period of intense interest in surveillance. Civil libertarians and conservative skeptics of government power worked together to push for new limits, while intelligence and law enforcement agencies and their backers in Congress from across party lines — and in both the Obama and Trump administrations — tried to hold the line.

The post-Snowden privacy movement secured its largest victory in 2015 when Congress voted to end and replace one of the programs Snowden exposed, under which the NSA had been secretly collecting logs of Americans’ domestic phone calls in bulk. But lawmakers who hoped to add significant privacy constraints to the warrantless surveillance program, too, fell short Thursday.

Before voting to extend the law, known as Section 702 of the FISA Amendments Act, the House rejected an amendment that would have imposed a series of new safeguards. That proposal included a requirement that officials obtain warrants in most cases before hunting for, and reading, emails and other messages of Americans that were swept up under the surveillance.

Supporters of those changes contended that the overhaul was needed to preserve Fourth Amendment privacy rights in the internet era. But intelligence and law enforcement officials argued that it was unnecessary, and dangerous, to limit security officials from being able to freely gain access to information the government already possessed.

“The House of Representatives has taken a big step to ensure the continuation of one of the intelligence community’s most vital tools for tracking foreign terrorists,” he said.

The program’s surveillance can be used for all foreign intelligence purposes. The sharpest points of the debate centered on when information about Americans that is gathered by the program can be used for criminal investigations unrelated to terrorism.

“We had a bipartisan coalition who worked very hard to protect people’s rights, and we will continue to fight and continue to educate our colleagues about it," Amash said. The House bill that was approved Thursday does contain a gesture toward requiring officials to obtain a warrant to read Americans’ emails that are collected under the program. But it is written so narrowly that it will not protect the overwhelming majority of citizens’ information that is queried in the warrantless surveillance repository.

Specifically, a warrant would be required only if an FBI agent wants to look at emails about a subject of an open criminal investigation for which there is no national security angle. It would not apply to security-related queries by any intelligence or law-enforcement agency, nor to requests from FBI agents who are following up on tips but have not yet opened formal investigations.

Matthew Olsen, a former general counsel of the National Security Agency and the former director of the National Counterterrorism Center, said that while he had concerns about how the FBI would distinguish between criminal and national security cases, the overall thrust of the bill was a positive step.

“Congress has made clear that it is lawful to search using U.S. person identifiers for information that could help stop terror attacks and catch spies without a warrant,” he said. “That is the way the intelligence community has been operating under 702, and that is the way it will continue to operate if this bill becomes law.”

But Amash expressed hope that Trump might yet intervene to push for more changes to the legislation in the Senate.

Just before debate began Thursday, the president posted a statement on Twitter that suggested skepticism about the surveillance bill. “This is the act that may have been used, with the help of the discredited and phony Dossier, to so badly surveil and abuse the Trump Campaign by the previous administration and others?” he said. Trump wrote the message shortly after a libertarian legal analyst on “Fox & Friends,” Andrew Napolitano, appealed directly to him to go another route. Napolitano added that Trump’s “woes” began with surveillance.

The president’s tweet enraged Republican leaders who have been trying to renew the 702 law more or less intact. Speaker Paul D. Ryan and Trump spoke by phone until he posted his next message, a senior Republican congressional aide said.

Less than two hours later, the president appeared to reverse himself on the issue in another statement on Twitter.

“With that being said, I have personally directed the fix to the unmasking process since taking office and today’s vote is about foreign surveillance of foreign bad guys on foreign land,” he said. “We need it!”

Despite the confusion, Republican leaders pushed forward, counting on moderate Democrats and Republicans to reject the proposed overhaul and pass the extension bill. John F. Kelly, the White House chief of staff, lobbied members in a House cloakroom before the vote.

“The vote to reform warrantless searches of Americans’ phone calls and emails failed, needing the support of 26 more,” he wrote. “Dems could have swung it, but 55 of them voted with the Trump camp.”

But Rep. Adam B. Schiff of California, the ranking Democrat on the House Intelligence Committee, said afterward that by rejecting the overhaul amendment, the House had avoided imposing “a crippling requirement in national security and terrorism cases.”

“We were certainly thrown into plenty of turmoil with the president’s tweets this morning and that made everything look quite speculative,” Schiff said. “I do think the underlying bill makes a sensible compromise.”