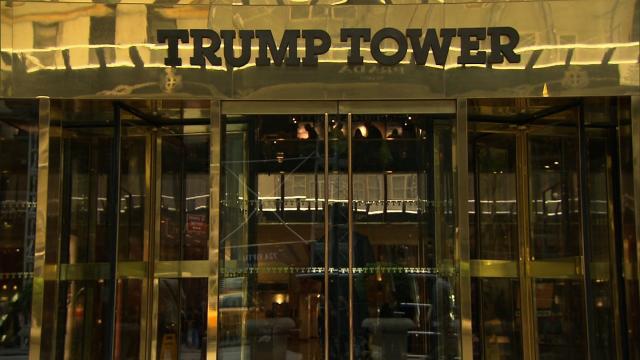 The revelation of additional participants comes as The Associated Press first reported Friday that a Russian-American lobbyist named Rinat Akhmetshin said he also attended the June 2016 meeting with Donald Trump Jr. CNN has reached out to Akhmetshin for comment.

So far acknowledged in attendance: Trump Jr., Kushner, Manafort, Russian lawyer Natalia Veselnitskaya, Akhmetshin and publicist Rob Goldstone, who helped set up the meeting. A source familiar with the circumstances told CNN there were at least two other people in the room as well, a translator and a representative of the Russian family who had asked Goldstone to set up the meeting. The source did not provide the names.

Akhmetshin is a registered lobbyist for Veselnitskaya's organization, which has focused on lobbying Washington to overturn the Magnitsky sanctions, according to lobbying records. The Magnitsky Act allows the US to withhold visas and freeze the assets of Russians thought to have violated human rights. Veselnitskaya founded a group purporting to seek the removal of Moscow's ban on the adoption of Russian children by US citizens, which it put in place in retaliation for the Magnitsky Act. She has also sought to repeal that law.

Earlier this year, Sen. Charles Grassley had written a letter to John Kelly, the secretary of Homeland Security, describing Akhmetshin as "a Russian immigrant to the United States who has been accused of acting as an unregistered agent for Russian interests and apparently has ties to Russian intelligence." Grassley was requesting "all information" on Akhmetshin's immigration history.

Republican Rep. Dana Rohrabacher, who has been lobbied by Akhmetshin, told CNN earlier this year that the lobbyist is someone with "an ulterior motive" who is "involved with people who've got an agenda" and has "international connections to different groups in Russia." When asked if he thought Akhmetshin was connected to the Russian security services, Rohrabacher said: "I would certainly not rule that out."

On Friday, Akhmetshin denied to The Washington Post that he was ever an intelligence agent but said he did serve two years in a Soviet military unit that handled counter-intelligence.

"At no time have I ever worked for the Russian government or any of its agencies. I was not an intelligence officer. Never," he told the Post.

Akhmetshin also told the AP the meeting was not substantive" and he "actually expected more serious" conversation.

"I never thought this would be such a big deal to be honest," the AP quotes Akhmetshin.

The lawyer for Donald Trump Jr. has not responded. The White House has not commented yet either.

NBC was first to report the extra person at the meeting.

On June 9, 2016, Trump Jr., met with Veselnitskaya. He accepted the meeting on the premise that he would be offered damaging information about Hillary Clinton.

According to tweets published by Trump Jr. earlier this week, Goldstone sent him an email pointing to "a Russian government attorney" as the source of potential information that could damage Clinton.

"This is obviously very high level and sensitive information but is part of Russia and its government's support for Mr. Trump," Goldstone, who represents the son of an Azerbaijani-Russian businessman close to Russian government, wrote in the email to Trump Jr.

"If it's what you say I love it," Trump Jr. replied, according to an email he released.