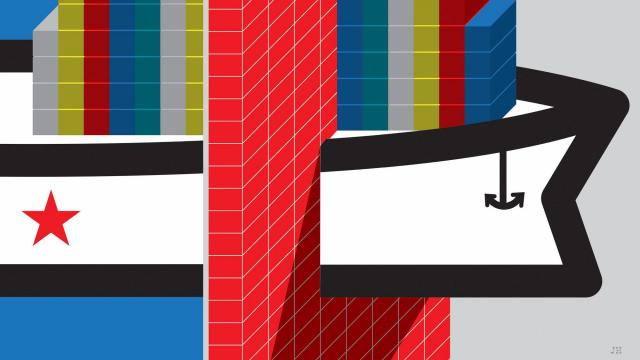 But so far, his policies have barely changed a fundamental reality: The United States is still less protectionist than it has been throughout most of its history or than most nations are today.

Even if the tariffs currently in place inflict only limited damage on the economy, however, the consequences will be much more severe if Trump follows through on his threats to take much more aggressive action.

The average tariff rate in the United States came in at 1.4 percent in the latest data compiled by the U.S. International Trade Commission. That was nearly as low as it has ever been.

But that figure includes only tariffs imposed in the administration’s first year. A lot has happened since then.

I asked Chad Bown, a trade policy expert at the Peterson Institute for International Economics, a Washington think tank where I also serve as a nonresident senior fellow, for a back-of-the-envelope calculation of how consequential these changes would be.

He found that Trump’s actions would increase America’s annual tariff revenue by about $42 billion. That sounds like a big number, and it has garnered major headlines. But if you consider the scale of international trade, the figure starts to seem more modest: Last year, Americans spent roughly $2.3 trillion on imports.

These numbers suggest that the average tariff rate in 2018 will rise by about 1.8 percentage points, to about 3.2 percent. This means that Trump has already rolled tariffs back to roughly their level at the beginning of President Bill Clinton’s administration. Even so, average tariffs remain lower — by quite a large margin — than they have been throughout most of U.S. history.

It’s worth putting this in a global context. Even after these recent tariff increases, the United States will charge lower tariffs on average than most countries, although it has become notably more protectionist than major trading partners like Canada and the European Union.

Some historical perspective is useful here, too. The Smoot-Hawley tariffs of the 1930s — as actor and writer Ben Stein memorably reminded us in the 1986 movie “Ferris Bueller’s Day Off” — led the average tariff rate to rise as high as — anyone, anyone? — 20 percent. Even that was an improvement compared with the early 1900s, when the tariff rate nearly hit 30 percent.

This broader perspective suggests that the United States remains, at least in broad brush strokes, a low-tariff country.

This isn’t an argument in favor of Trump’s trade policy. Like most other economists, I generally favor freer trade, and these tariffs are moving us in the wrong direction. Imposing tariffs on China, only to see China retaliate with tariffs on the United States, is in the interest of neither country. It has caused disruption in both nations, and made neither better off.

Furthermore, fighting a trade war when tariffs around the world are already pretty low is particularly pointless. That’s because if you “win,” you can force your trading partners to knock their tariff rate down from a few percentage points above zero to something a bit closer to zero. That’s not a big deal.

But the major weapon used to fight a trade war is the threat of substantially higher tariffs, and if negotiations become deadlocked, these higher tariffs can persist. The prize for winning a trade war is small, but the costs are potentially very large because of a troubling asymmetry that comes into play.

Economic theory provides a rule of thumb that the cost of tariff-induced distortions rises in the square of the tariff rate. Put simply, the idea is this: Small tariffs do relatively little harm. A tariff rate of 1 percent, for instance, probably won’t prevent you from buying something you really want.

If, however, the tariff rate jumps to 10 percent, the cost of tariff-induced distortions won’t just be 10 times as great. It will inflict 100 times the damage. That’s what makes large tariff increases so bad. They don’t just lead to fewer imports. They also persuade people to cut back even on stuff that they really value.

Under this logic, even if relatively small tariff increases haven’t imposed much pain, further escalation could have far more severe consequences.

The administration has already announced plans to increase the second round of tariffs on China from 10 percent to 25 percent, starting in January. That would raise the average tariff rate to 4.5 percent. And Trump has threatened to broaden his tariff offensive, imposing a 25 percent tariff on all of the roughly $500 billion of goods and services imported from China.

Even worse, Trump has recently mused about withdrawing the United States from the World Trade Organization. If he were to do so, the United States would no longer be bound by past multilateral trade agreements that together determine nearly all American tariff rates.

Then we would really be in trouble. If the United States were to withdraw from the trade organization, then an executive order could lead tariffs to revert to the much higher rates when they were last set by Congress as part of — anyone, anyone? — the Smoot-Hawley act.