Trump's opponents want to name his big donors. His supporters say it's harassment 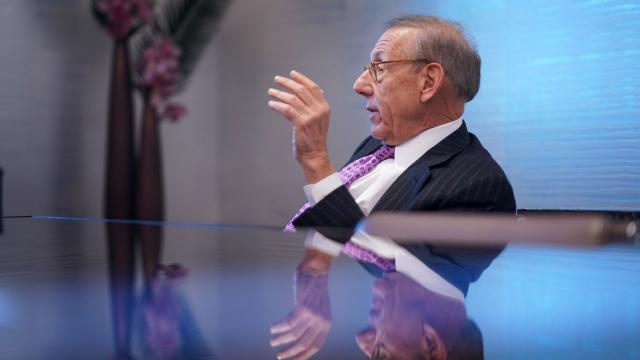 WASHINGTON — For many businesses, a sudden deluge of phone calls might signal an influx of new customers. But most of the 25 calls Justin Herricks received before noon Thursday were from people who wanted to tell him he was a white supremacist for donating money to President Donald Trump.

“I’ve had people say, ‘Hey we were gonna use you for business, but we found out you’re a racist,’” Herricks, the owner of Precision Pipe Rentals, an oil and gas services company in San Antonio, said. “‘We hope that you burn in hell and your business will go with you.’”

The reason for the calls was Herricks’ inclusion this week on a list of 44 San Antonio-area residents who have maxed out their donations to the president’s reelection campaign. That list was shared on Twitter by Rep. Joaquin Castro, D-Texas, who serves as the chairman of the presidential campaign of his twin brother, Julián. Republicans have accused the congressman of “doxxing” private citizens and trying to incite harassment of the president’s supporters. 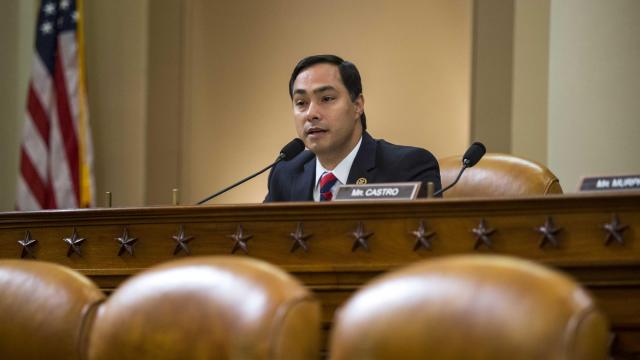 A similar uproar over Trump donors is playing out in the moneyed enclave of the Hamptons, where real estate developers are hosting two fundraisers for Trump on Friday. Progressives looking for a way to express their anger at Trump — and the people who support him — have threatened to boycott SoulCycle, the popular spin studio chain, and Equinox, a high-end gym, both owned by billionaire developer Stephen Ross, who is scheduled to host the president at his Southampton home.

Calling out the people who fund campaigns is not a new tactic in politics, but the question of how much should be publicly disclosed about those donors has been an issue that Republicans, led by the Senate majority leader, Mitch McConnell, have repeatedly raised in recent years. While the Supreme Court ruled in the 2010 Citizens United case to uphold public disclosure — with Justice Antonin Scalia, the court’s conservative stalwart, arguing later that without such revelations “democracy is doomed” — Republicans and wealthy allies like the Koch brothers have argued that it results in donor harassment and has a chilling effect on free speech. In a heated political environment, boycotting the businesses of big donors like Ross has led to a new round of outrage at either end of the political spectrum.

“Everyone who cancels their equinox and soul cycle memberships, meet me at the library,” Chrissy Teigen, the celebrity and frequent Trump antagonist, wrote on Twitter. “Bring weights.”

But the Supreme Court’s support for campaign finance disclosure laws has a built-in exemption for people who can show a realistic threat of harassment, and the renewed scrutiny on Trump donors has also raised questions about what qualifies as donor harassment and who is entitled to privacy.

“A big question is, has the internet changed that calculus?” said Richard L. Hasen, a professor of law and political science at the University of California, Irvine. “The general conservative view is that conservatives are being targeted for their general views and that there’s a lot of harassment going on.”

He said there is little evidence that the backlash against donors crosses that line. For Herricks, the Trump donor in San Antonio, his donation of $15,000 to the Trump Victory Fund, a joint fundraising committee led by the Republican National Committee, and his $2,800 check to Trump’s campaign, have put him in the public arena, whether he likes it or not.

“If we see that people whose donations are highlighted publicly are being harassed, that’s a reason to be concerned,” Hasen said. “If the concern is someone will have a nasty tweet sent to them because of them being named by Castro, well, welcome to the real world.”

Others supporting an overhaul of the campaign finance system said it was more worrisome. “I’m not sure Mr. Castro’s simply throwing out the names of people with no ties to specific policy issues is helpful in this day and age of social media,” said Fred Wertheimer, the founder and president of Democracy 21, a nonprofit watchdog group.

For some Trump donors, the scrutiny has only made them more determined to support the president.

“The more they do this stuff, the more it’s going to backfire,” said Bill White, a former president of the Intrepid Sea, Air & Space Museum in New York. “More people are putting out their chests, standing up straight, saying: ‘I’m in. To hell with you publicizing my name.’”

White said he was planning to attend one of the Hamptons fundraisers Friday: a $2,800-per-person Trump Victory event planned for Friday at a Bridgehampton mansion owned by real estate developer Joe Farrell. For people wishing to attend a VIP reception and take a photo with the president, the cost is $35,000, according to an invitation viewed by The New York Times. 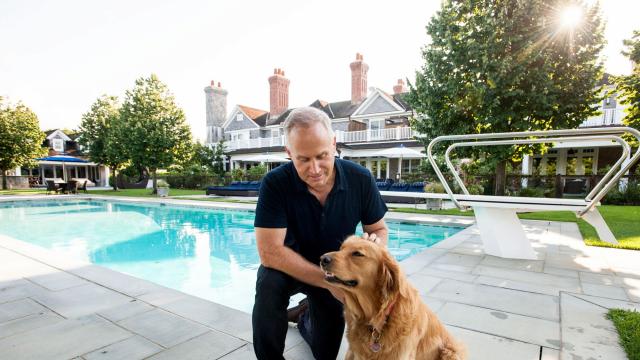 Among the hosts of that event are Ronna McDaniel, the chairwoman of the Republican National Committee, and Donald Trump Jr., the president’s son, and his girlfriend, campaign adviser Kimberly Guilfoyle. Jared Kushner, the president’s son-in-law and senior adviser, is also expected to attend.

McDaniel said there was a doubling down for Trump, rather than any fear of confrontation.

“Whether it’s on liberal college campuses or in their Upper East Side gyms, the left has become obsessed with demonizing and boycotting anyone who disagrees with them,” McDaniel said in a statement. “For people who claim to be tolerant, they sure spend a lot of time calling half the country ‘racists.’”

Some Trump associates were surprised by the backlash toward Ross, who they said has become a frequent visitor at Mar-a-Lago, Trump’s private club in Palm Beach, Florida. Democrats were less surprised.

“Consumer brands have to be very sensitive,” said Thomas R. Nides, a top Democratic fundraiser. “We’re at an unbelievable inflection point. If you’re frustrated and you can show your dissatisfaction by not showing up at a spin class, why not?”

Planning for the Ross fundraiser began about three weeks ago, according to a person with knowledge, and continued as Trump indignantly faced down accusations of being a racist.

Ross had hoped to keep the event relatively private, but this week several news outlets, including the LGBTQ publication The Advocate, highlighted his involvement in the fundraiser as well as his ownership of SoulCycle and Equinox, and he immediately became a target of everyone from gymgoers who have posted their cancellation forms on Instagram to a wide receiver on the Miami Dolphins, which Ross also owns.

“I have always been an active participant in the democratic process,” Ross said in a statement. “I have known Donald Trump for 40 years, and while we agree on some issues, we strongly disagree on many others and I have never been bashful about expressing my opinions.”

In Castro’s case, he has explained that his intention was not to harass. “My post was a lament,” the congressman wrote on Twitter, “that so many people in my overwhelmingly Hispanic hometown would give large money to a President who is using it to target Hispanics as ‘invaders.’”

Still, Trump operatives viewed the debacle as a savvy political move by a low-polling Democratic candidate, and also saw a fundraising opportunity: “Joaquin Castro shared personal info on Trump donors,” Donald Trump Jr. said in a text message to supporters Thursday afternoon. “Donate NOW.” In the past, Republicans supported disclosure because they opposed public financing of elections and contribution limits. “But then McConnell basically brought the party around to where they haven’t supported efforts to close loopholes in disclosure laws,” Wertheimer said.

Some legal scholars have argued that in the internet age, when anyone can quickly look up the campaign contributions of their neighbors, it makes more sense to set a higher limit for public disclosure.

“The public doesn’t gain much of an interest in preventing corruption by knowing that one neighbor has contributed to the other party’s candidate,” said Hasen, the University of California professor. “What we really care about is big money in politics.”

Fielding calls Thursday, Herricks, the San Antonio-based donor, said that he would “absolutely” give to the president again. He also said he had squeezed in a workout that morning at Equinox.