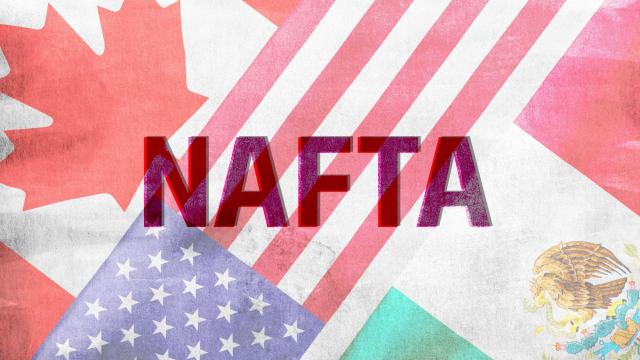 Round 7 of the NAFTA talks concluded in Mexico City with grim comments by US Trade Representative Robert Lighthizer. He said the United States is prepared to walk away from the three-way negotiation and seek separate deals with Mexico or Canada.

Everyone better act fast, he warned.

"Now our time is running very short," Lighthizer said at a press conference, standing next to his counterparts from Mexico and Canada. "I fear that the longer we proceed, the more political headwinds we will feel."

Lighthizer alluded to political events that he said will complicate negotiations. Mexico has a presidential election in July, and the campaign - and the rhetoric that comes with it - kicks off in a few weeks. Canada has provincial elections later this year, and the US midterms are in November.

All these events stand in the way of a final agreement and could prolong negotiations, Lighthizer argued.

Lighthizer's remarks seemed to be another attempt by the United States to pressure Canada and Mexico into a deal. Earlier Monday, Trump himself said on Twitter that he would exempt the two countries from steel and aluminum tariffs only if they agreed to a NAFTA deal soon.

Neither Canada nor Mexico signaled it would change course. Canadian Foreign Minister Chrystia Freeland, despite expressing optimism about progress in the talks, reiterated that Canada would retaliate against the United States if Trump applied tariffs on Canada.

Mexican Economy Secretary Ildefonso Guajardo also spoke optimistically Monday about an improving pace of progress in the NAFTA talks. But he told CNN last week that tariffs would have "tremendous consequences" for the US-Mexico trade relationship.

Lighthizer expressed disappointment that only six of the 30 chapters in NAFTA had been agreed upon after seven months of negotiations.

In Lighthizer's view, negotiators have made only minimal progress on the most divisive issue, auto manufacturing. Freeland said the conversation around auto production rules "has been constructive."

Round 8 of talks is expected to be held in Washington in April.