Trump’s Misleading Claim That He Warned About Osama bin Laden 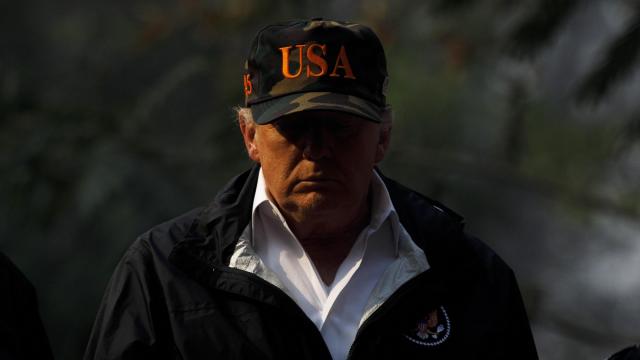 “Of course we should have captured Osama Bin Laden long before we did. I pointed him out in my book just BEFORE the attack on the World Trade Center. President Clinton famously missed his shot. We paid Pakistan Billions of Dollars & they never told us he was living there. Fools!..”

McRaven had in 2017 described the president’s attacks on the news media as “the greatest threat to democracy in my lifetime.” This weekend, when asked about the comment during an interview on “Fox News Sunday,” Trump called McRaven a “Hillary Clinton backer.” He also lamented that the former Special Operations commander did not take down bin Laden sooner, adding that “everybody in Pakistan knew he was there.”

Hours later, McRaven said he did not back Clinton or anyone else in the 2016 election and reiterated his earlier comment about Trump’s attacks on the press. And on Monday, Prime Minister Imran Khan of Pakistan described Trump’s remarks as an inaccurate “tirade” and noted Pakistan’s participation in the war on terrorism — and the economic and human losses it had incurred.

Trump’s claim that he delivered a prescient warning about bin Laden is hyperbolic. His book, “The America We Deserve,” published in January 2000, contains one reference to bin Laden in 304 pages:

“One day we’re all assured that Iraq is under control, the U.N. inspectors have done their work, everything’s fine, not to worry. The next day the bombing begins. One day we’re told that a shadowy figure with no fixed address named Osama bin Laden is public enemy number one, and U.S. jet fighters lay waste to his camp in Afghanistan. He escapes back under some rock, and a few news cycles later it’s on to a new enemy and new crisis.”

“Dealing with many different countries at once may require many different strategies. But there isn’t any excuse for the haphazard nature of our foreign policy. We don’t have to reinvent the wheel for every new conflict.”

This fleeting mention of bin Laden was not exactly before its time.

The al-Qaida leader had for years been linked to numerous terrorist plots and was regarded as one of the most wanted terrorists in the world; as Trump noted in his tweet and his book, bin Laden was the target of an unsuccessful missile strike in 1998. CNN reported in 1999 that U.S. officials feared bin Laden would plan an attack against the United States; he was named as an unindicted co-conspirator in the bombing of the U.S. destroyer USS Cole in Yemen that killed 17 U.S. troops a year later.

Bin Laden is believed to have fled to Pakistan shortly after the battle of Tora Bora in eastern Afghanistan in December 2001. He eventually settled in a compound in Abbottabad, a short distance from Pakistan’s elite military academy.

Whether Pakistan’s government knew bin Laden was there has been disputed. Senior Pakistani officials have denied it. But some U.S. officials and analysts have been far more skeptical.

“It’s inconceivable that bin Laden did not have a support system in the country that allowed him to remain there for an extended period of time,” John Brennan, President Barack Obama’s top counterterrorism adviser at the time, said at a news conference after the 2011 raid that killed the al-Qaida leader.

A Pakistani government report, leaked in 2013, said the country failed to catch bin Laden because of “collective incompetence and negligence.” But it noted that the possibility that some officials helped bin Laden “cannot be entirely discounted.”

The Trump administration froze nearly all security aid to Pakistan in January.