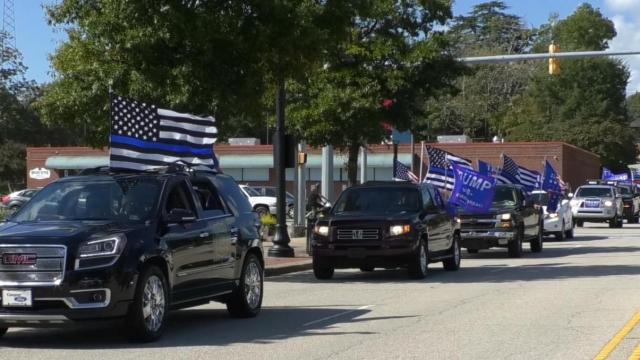 Fayetteville, N.C. — As President Trump's airplane touched down in Fayetteville, throngs of supporters waved flags from their cars and cheered as part of a parade for Trump around the city.

In a Facebook Live video, Jackie Taylor, a representative for the Cumberland County GOP said, "I wanted to update you on what's going on here at the GOP. It's awesome. I've never seen anything like this.

She showed four rows of trucks all the way down the parking lot, as supporters cheered in the background. 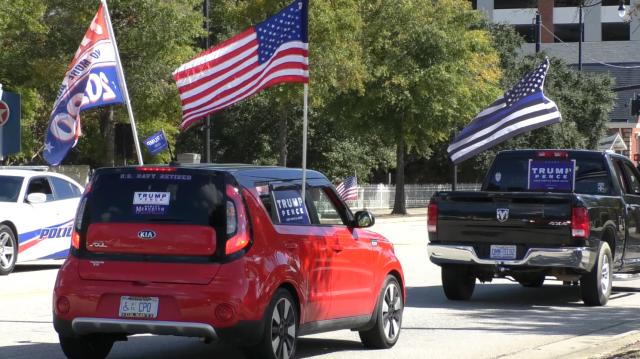 A video taken by a Cary woman showed another busy Trump parade happening in Cary, with a similarly long line of cars waving flags and cheering.

She said not a lot of people realized he would be arriving in Fayetteville at around 11:30 a.m., which was 30 minutes prior to the scheduled beginning of the parade.

It is not clear how many people also went to the airport to greet Trump as he arrived; however, a video from the parade showed his plane landing in the distance.